The Smith Lab studies protein structure and dynamics using a combination of computer simulation and nuclear magnetic resonance (NMR) spectroscopy. They are particularly interested in optimizing the dynamics of computationally designed proteins and understanding how mutations allosterically affect the functions of natural proteins. 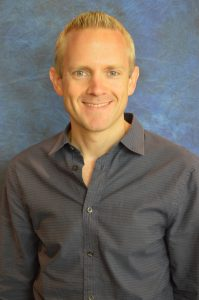 To advance the understanding of atomic-level mechanisms behind critical protein functions like enzyme catalysis and allosteric regulation, it is important to first elucidate a true representation of the protein in solution. In an effort to achieve this long term goal, Dr. Smith will use the recently developed Kinetic Ensemble approach to transform the way in which nuclear magnetic resonance (NMR) data is computationally modeled to solve protein structures and measure protein motions. NMR is one of the most powerful techniques for elucidating the structure and dynamics of proteins. It enables their study in solution (unlike X-ray crystallography) and can capture critical structural rearrangements as they happen at room temperature (unlike cryo-electron microscopy). However, despite these advantages, there have been relatively few practical improvements to one of the foundational aspects behind the way protein structures are solved, namely the calculation of interatomic distances from nuclear Overhauser effect (NOE) experiments. Such methods have remained largely qualitative, resulting in large uncertainties in the atomic positions for most NMR structures. Also, the field has almost completely ignored how angular motion and kinetics affect the NOE, resulting in atoms appearing much further away from one another than they actually are. To overcome these significant deficiencies, Dr. Smith and his team will implement and test new Kinetic Ensemble-based refinement algorithms that are considerably more accurate and physically realistic than previous approaches, accounting for both angular motion and kinetics. To eliminate a significant fraction of the systematic and random structural errors resulting from poorly quantified NMR spectra, they will also integrate advances made by the FitNMR peak quantification software recently developed by their lab. These methods will be used to create better experimental NMR structures, more exhaustive models of side chain dynamics, and determine differences between solution and crystal states with unprecedented detail. This work will allow much more accurate determination of the structural dynamics in parts of the protein exhibiting significant fluctuations, including protein active sites, regulatory regions, and hidden binding sites. Such knowledge will advance our fundamental understanding of protein biophysics and facilitate rational design of new therapeutics.

Funding for this R15 Grant is provided by National Institute of General Medical Sciences (NIGMS).